Finally received my extra batteries. Thank you Halo team for correcting the USPS problems. Both work great and I am really enjoying this drone. 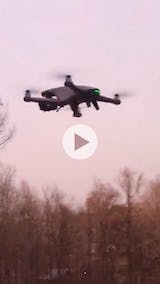 I believe these got to be one of the Worst batteries I have ever owned for RC products. I have had a lot of them through the years from cars the airplanes to everything I had. These batteries once they lose their charge and there is no light on them they will not charge back up! I bought two extra ones from here and already one has totally died on me.

Halo used a lawyer trick to not stand behind their product.

My wife gave me a Halo Drone Pro for a present ($1500). I wasn’t ready to do a drown, so I left it in the box in the closet. I opened the box months later and thought let’s do this. The battery wouldn’t charge. I sent the email they requested with pictures. No response. Called and a nice guy apologized for the problem, said he’d send an RMA for the defective battery, and send a replacement at no charge. Later in the day, I received an email saying that since it was over 6 months, they wouldn’t replace it.

Did the delay of opening the present cause the battery to be no good? No. Fact is, they wouldn’t stand behind their defective product. Their solution: “go on our website, order and pay for a new battery” (the first one was defective); send them $117.

For $1500, you think they would stand behind their battery. Halo customer care stinks!

Bought the extra battery, and it always comes in handy. I use one battery and my sons uses the next. Sometimes he uses both and shoots nice videos for a long time.